The ELO is proud to announce the recipient of a brand new prize: The Maverick Award.  This first ever award goes to Talan Memmott.

The Maverick is awarded  to an independent spirit: a writer, artist, researcher, programmer, designer, performer, or hybrid creator who does not adhere to a conventional path but creates their own and in so doing makes a singular contribution to the field of electronic literature. 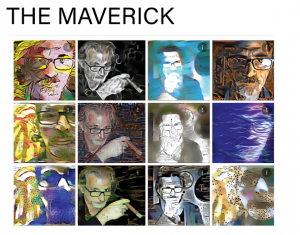 As founder of an alternative learning institution, creator of one of the first online journals of e-lit, author of celebrated works of e-lit, scholar of digital media, and an artist who challenged every medium he worked in, Memmott is a singular figure in the world of electronic literature.

Throughout his career, Talan Memmott has blazed a path in digital literature.   He is the author of over 40 electronic literary works, and the novel My Molly De parted (Free Dogma Press). His works, perhaps epitomized by Lexia to Perplexia, have been the subject of acclaim and extensive critical analysis.

Memmott is also the Founder and President of UnderAcademy College, an unaccredited undergraduate, graduate and postgraduate anti-degree institution.  UnderAcademy College situates itself as a shadow-academic environment offering alternative courses and anti-degree programs in a variety of subjects. This alternative site of education has offered one-of-a-kind courses, such as How to Read and Write Fake News: Journullism in the Age of Trump, which Memmott co-taught.

Memmott holds an MFA in Literary Arts/Electronic Writing from Brown University and a PhD in Interaction Design/Digital Rhetoric and Poetics from Malmö University.

He has collaborated on many digital projects, including netprovs, such as, “I Work or the Web,” and the 2018 Congress of Fakes at ELO in Montreal.  He has served up computationally generated gastropoetic marvels with Scott Rettberg as part of ELO Cork and ELOrlando.

During the award ceremony ELO Vice President Caitlin Fisher offered an origin story for the award: The idea came up at the wake for Damon Loren Baker for an award recognizing, the artists and scholars, like Damon, “amazing people, as part of the ELO Community, who are not likely to win the other awards because they are on a crazy, brilliant, genius path all their own.”

In the future, the Maverick Award is to be nominated and elected by the Literary Advisory Board. The award: $500 and a bottle of St. Germain.  Rettberg explained that the new award would go to someone “who took an unconventional path and who really colored outside of the lines, and of course, Damon is part of this prize, which is a bottle of Saint Germain, Damon’s favorite liqueur.” 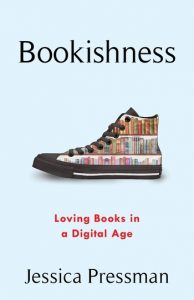 ELO is proud to announce that The 2021 N. Katherine Hayles Award for Criticism of Electronic Literature goes to Jessica Pressman for Bookishness: Loving Books in a Digital Age (Columbia 2020).

From the publisher’s page:

Twenty-first-century culture is obsessed with books. In a time when many voices have joined to predict the death of print, books continue to resurface in new and unexpected ways. From the proliferation of “shelfies” to Jane Austen–themed leggings and from decorative pillows printed with beloved book covers to bookwork sculptures exhibited in prestigious collections, books are everywhere and are not just for reading. Writers have caught up with this trend: many contemporary novels depict books as central characters or fetishize paper and print thematically and formally.

In Bookishness, Jessica Pressman examines the new status of the book as object and symbol. She explores the rise of “bookishness” as an identity and an aesthetic strategy that proliferates from store-window décor to experimental writing. Ranging from literature to kitsch objects, stop-motion animation films to book design, Pressman considers the multivalent meanings of books in contemporary culture. Books can represent shelter from—or a weapon against—the dangers of the digital; they can act as memorials and express a sense of loss. Examining the works of writers such as Jonathan Safran Foer, Jennifer Egan, Mark Z. Danielewski, and Leanne Shapton, Pressman illuminates the status of the book as a fetish object and its significance for understanding contemporary fakery. Bringing together media studies, book history, and literary criticism, Bookishness explains how books still give meaning to our lives in a digital age.

According to the prize jury:

“Bookishness provides a provocative look at the status of the book in the post-digital age. Pressman’s formulation of “bookishness” offers a compelling heuristic for considering the role of the overdetermining power of the book amidst the media shifts of the 21st century. Rather than sequestering electronic literature, Bookishness integrates a discussion of the digital with print-based texts, ushering in a new moment in e-lit scholarship in expertly crafted prose.”

Jessica Pressman is associate professor of English and comparative literature at San Diego State University, where she cofounded the Digital Humanities Initiative.  Pressman previously won the N. Katherine Hayles award forcoauthor of Reading “Project”: A Collaborative Analysis of William Poundstone’s “Project for Tachistoscope {Bottomless Pit}” (2015), which she co-authored.  She is the author of Digital Modernism: Making It New in New Media (2014) and coeditor of Comparative Textual Media: Transforming the Humanities in the Postprint Era (2013) and Book Presence in a Digital Age (2018). 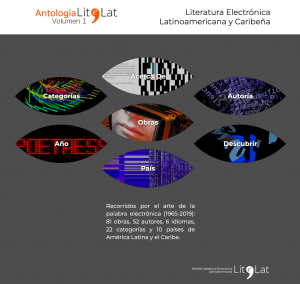 The Latin American Electronic Literature Network (litElat) aims to bring together academics, researchers and artists who are interested in topics / works of electronic literature in the Latin American context. According to the jury,

“Lit(e)Lat is an overdue and powerful anthology that brings to the forefront the crucial contributions of Latin American and Caribbean writers to electronic literature since the 1960s. Collecting and curating this body of work, Lit(e)Lat expands the canon of electronic literature and demands attention to and promotes discovery of the remarkable work of these writers.” 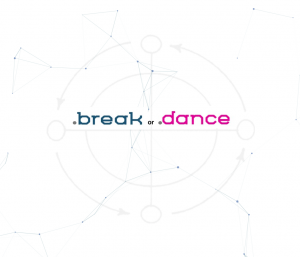 .break .dance is a time-based web experience opened in response to a prompt for a Small Axe Archipelagos issue, launched by Alex Gil and Kaiama Glover, and guest-edited by Jessica Marie Johnson. In thinking through and against the machineries of commercial interface efficacy, this pocket intentionally shows its material and discursive seams. Rooted in a sense of anarchival play, it is designed for multiple engagements, changes over time, and assumes no one will take the same path through. In its interface and experimental performances, .break .dance begs temporal patience and playful engagement with digital space. Here, touching and playing and looking are important to thinking. You can also read the process piece that goes with this project here. Acccording to the jury: