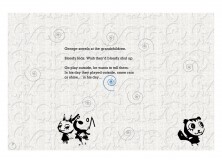 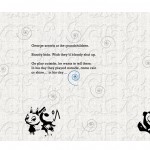 by Christine Wilks. From birdsong to video game music to the ringing sounds of tinnitus, sound is at the core of Tailspin as both theme and structural device. A story of intergenerational conflict unfolds through sound as a woman negotiates between her father, who was “nothing more than an aircraft fitter” during WWII, and her children, who are often absorbed by their games and frightened by his anger at the noise that they make. Metaphorically associating imperfect hearing with imperfect communication, Tailspin is an elegant exploration of the different intensities, waves and frequencies of familial affect.