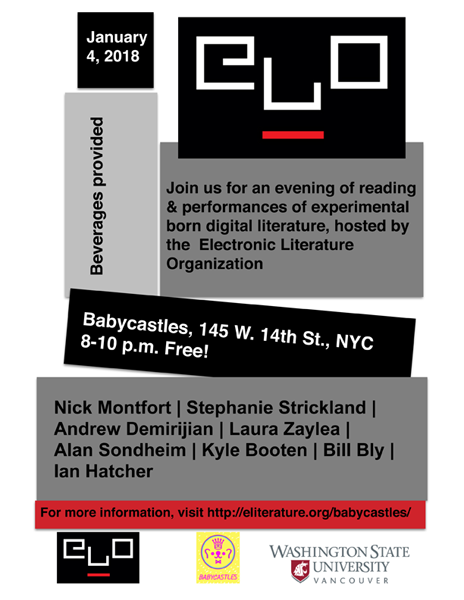 The event takes place on Thursday, January 4, from 8-10 p.m. It is free and open to the public. 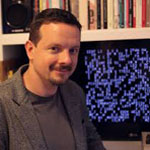 Nick Montfortâ€™s computer-generated books of poetry include #!, the collaboration 2Ã—6, Autopia, and The Truelist, the first in the new Using Electricity series from Counterpath. Among his more than fifty digital projects are the collaborations The Deletionist, Sea and Spar Between, and Renderings. His digital artwork was shown this summer at Babycastles in New York and in Boston City Hall. He has six books out from the MIT Press, most recently The Future (in the Essential Knowledge series). He is professor of digital media at MIT and lives in New York and Boston. You can find this with all the italics in place here:Â http://nickm.com/me.html#summary

Stephanie Strickland, â€œHours of the Nightâ€ 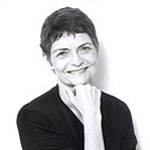 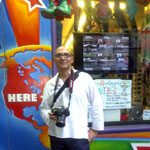 Andrew Demirijian, â€œPan-Terrestrial Peopleâ€™s Anthemâ€
Andrew Demirjian is an interdisciplinary artist who creates experimental assemblages of image, sound and text. His practice features a heightened attention to the role of sound and language and uses constraint systems, chance operations and remixing to produce the work. The pieces take the form of interactive installations, digital poems and audiovisual performances. Andrewâ€™s work has been exhibited at The Museum of the Moving Image, Fridman Gallery, The Newark Museum, Eyebeam, Rush Arts, Fieldgate Gallery, the Center for Book Arts, LMAK Projects and many other galleries, festivals and museums. The MacDowell Colony, Puffin Foundation, Artslink, Harvestworks, Clocktower Gallery, Bemis Center, LMCC and the New Jersey State Council on the Arts are among some of the organizations that have supported his work. Andrew teaches theory and production courses in emerging media in the Film and Media Department and Integrated Media Arts MFA program at Hunter College. In 2018 he will be a Fellow at the MIT Open Documentary Lab working on a language analysis and visualization project. 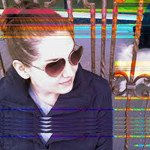 Laura Zaylea is a media artist and Assistant Professor at Temple University in Philadelphia. Recent e-lit works include the web-based multimedia novelÂ Closer Than Rustand the â€œlocative romanceâ€ and grammar guideÂ Speak2MeInCode. She is currently working on an interactive documentary about LGBTQ families, which can be found atÂ www.LGBTQ-family.com. Laura holds a BA from Brown University and MFA from the San Francisco Art Institute. More about her creative work can be found atÂ www.LauraZaylea.com. Closer Than Rust â€“Â https://laurazaylea.com/creative-work/ctr/. Speak2MeInCode â€“Â https://speak2meincode.com/. 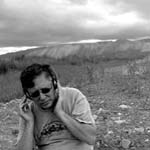 Alan Sondheim is a city-based new media artist, musician, writer, and performer concerned with issues of virtuality, and the stake that the real world has in the virtual. He has worked with his partner Azure Carter among others. Sondheim is interested in examining the grounds of the virtual and how the body isinhabited. He performs in virtual, real, and cross-over worlds; his virtual work is known for its highly complex and mobile architectures. He has used altered motion-capture technology extensively for examining and creating new lexicons of behavior. His current work is centered around notions of gamespace, â€˜edgespaceâ€™ (the border areas of gamespace) and â€˜blankness,â€™ projections around edgespace. Heâ€™s been developing a theory of semiotic splatter / splatter semiotics, dealing with fast-forward literatures of twitter, politics, 4chan, facebook, etc. His writing stems out of codework, a problematic style in which code substrates and surface content interfere with each other â€“ in which, in other words, the textual body and body of text are deeply entangled.Â  His current music is based on the impossibility of time reversal, on fast improvisation, and anti-gestural approaches to playing. His most recent work is this short biography. 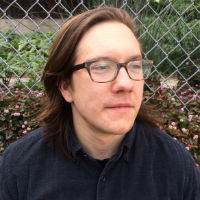 Kyle Booten is a Postdoctoral Fellow in the Neukom Institute for Computational Science at Dartmouth College.Â  His recent work has appeared or is forthcoming inFence,Â Western Humanities Review,Â Poor Claudia,Â and the proceedings of the North American Chapter of the Association for Computational Linguistics. He holds a PhD from UC Berkeley and an MFA from the University of Michigan, Ann Arbor. Â You can see his website atÂ https://kylebooten.me.

Bill Bly,Â We Descend, Volume 3
Bill Bly is the author ofÂ We Descend, an ongoing hypertext archive of writings begun in the 1980s with a fountain pen on notebook paper jammed in a clipboard: Volume One came out on floppy disk; Volume Two is on the web; Volume Three is under development.Â He has won the Stanley Drama Award and (with John McDaid) the John Culkin Award for Outstanding Praxis in Media Ecology. Bill was a founding member of the Hypertext Writers Workshop, and served as recorder for the legendary Cybermountain Colloquium. He has taught hypertext theory and practice at New York University and Fordham University, and was Director of Writing Programs at Wagner College. He lives in Mexico. 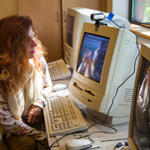