Literature is changing right in front of our eyes, and this yearâ€™s awards from the Electronic Literature Organization celebrate artists and scholars who are at the vanguard.

For more details, see below:

The Robert Coover Award for a Work of Electronic LiteratureÂ honors the year’s best work of electronic literature, of any form or genre. The prize for 1st place comes with a $1,000 award.

Three works were shortlisted worksÂ for the Coover Award:

Honorable mentionÂ for the Coover Award goes to MarÃ­a MencÃ­a for “The Winnipeg: The Poem that Crossed the Atlantic”

The first placeÂ winner of the Robert Coover Award isÂ NovellingÂ by Will Luers, HazelÂ Smith, and Roger Dean. 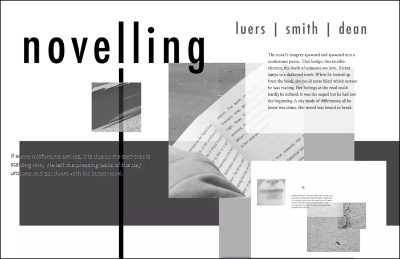 Novelling is a recombinant digital novel about fiction itself, and how we read and how we write it. ThoughÂ NovellingÂ unfolds through the perspective of four charactersâ€”a familiar narrative techniqueâ€”by procedurally remixing audio, video, and text, NovellingÂ ultimately challenges our expectations of fiction, not to mention authorship itself.

Two works were shortlisted for the Hayles Award:

â€œAlgorithmic Adaptationsâ€ is born-digital scholarship, a beautifully designed piece of bilingual, multi-modal web-work. As one of the Hayle jurors put it, â€œHuopaniemi continues to open our field to practices and engagements less integrated than those that have established it academically, like theater, live performance, and translation.â€ 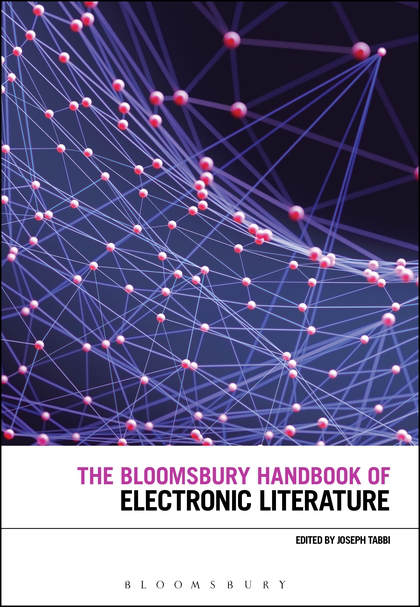 Over 20 authors, reflecting several continents and disciplines contributed to The Bloomsbury Handbook of Electronic Literature, debating and analyzing electronic literature with both specific case studies and more general birds-eye perspectives. One of the Hayles jurors called this work a â€œmonumental handbook for electronic literature.â€ In this nearly 500-page volume the authors, as one juror puts it, â€œrealize their deep affection for generative intellectual work and aesthetic agonism.â€

The Marjorie C. Luesebrink Career Achievement Award honors a visionary artist or scholar who has brought excellence to the field of electronic literature and has inspired others to help create and build the field. Bestowed by the Electronic Literature Organization and funded through a generous donation, it comes with a $1,000 award that can go directly to the awardee or to a young scholar who would use the funds in support of developing online material about the awardeeâ€™s achievements.

We are delighted to announce this year’s winner of the Marjorie C. Luesebrink Career Achievement Award, N. Katherine Hayles. 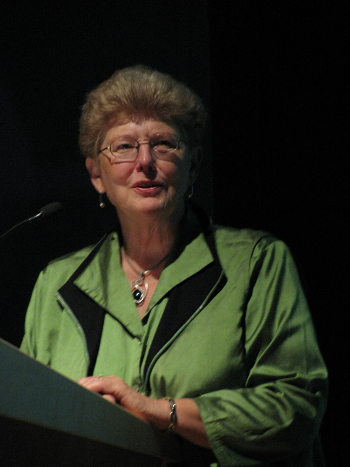 One of Hayles’ nominators highlighted the many ways Hayles’ has shaped the field of electronic literature: “her books in particular have guided the research of a generation of electronic literature scholars and brought attention and recognition to the field. She has been a visible presence and advocate for researchers and artists both within the community and in related organizations, including the Modern Language Association and the Association for Computers in the Humanities. A decade later, her bookÂ Electronic Literature: New Horizons for the LiteraryÂ continues to be referenced and relied upon. Her work as one of the editors of the first Electronic Literature Collection helped build the initial canon for our discipline, and remains crucial as an archival project and entrypoint into historical discussions of electronic literature.” Or, as one of the jurors put it: Hayles’ “contributions have been so massive for so long.”

ELO awards these prizes at its annual conference. The next conference will be held in Cork, Ireland. The call for next yearâ€™s awards will be issued months before via the ELOâ€™s site and social media channels.

The Electronic Literature Organization, or ELO, is A 501(c)(3) nonÂ­profit organization composed of an international community that includes writers, artists, teachers, scholars, and developers. The Organization’s focus is new literary forms that are made to be read on digital systems, including smartphones, Web browsers, and networked computers. ELO is an international organization of artists and scholars, currently based at Washington State University, Vancouver.

For more information about the ELO Prizes, contact Nicholas Schiller, ELO Coordinator at eliterature.org at gmail.com, or Mark Marino atÂ markcmarino at gmail.com.