ELO is pleased to announce the addition of two new Board members: Alex Saum-Pascual and Erik Loyer.Â  As prominent scholars and practitioners, both Alex and Erik have shaped electronic literature, now they will help shape ELO. 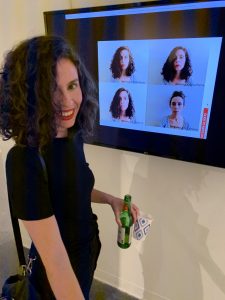 Alex Saum-Pascual is Associate Professor of Spanish and New Media at the University of California, Berkeley, where she teaches Contemporary Spanish Literature and Culture (20th and 21st Centuries) and Electronic Literature (Digital Humanities). She is also part of the Executive Committee of the Berkeley Center for New Media. Her academic work on digital media and literature in the Spanish-speaking world has been published in Spain, Mexico and the United States in the Digital Humanities Quarterly, the Journal of Spanish Cultural Studies, the Arizona Journal of Hispanic Cultural Studies and Revista de Estudios HispÃ¡nicos, among others. Her monograph, #Postweb! Crear con la mÃ¡quina y en la red (Iberoamericana-Vervuert, 2018) explores the influence of electronic writing technologies on both printed and born-digital books. As an artist, she is interested in the intersection of female representation in digital media and online spaces as these relate to offline environments in the Anthropocene. Her digital artwork and poetry has been exhibited in galleries and art festivals in the United States and abroad. She is currently a 2020 Poetry Fellow at the Arts Research Center, working on her latest electronic literature work, corporate poetry. 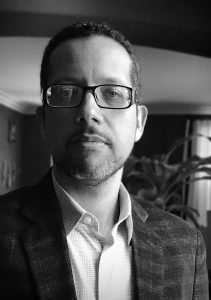 Erik LoyerÂ makes digital artworks and creative tools that marry the visual language of comics with motion graphics and musical performance. He founded the interactive labelÂ OpertoonÂ in 2008 to explore this territory, releasing the interracial love storyÂ Ruben & Lullaby, the touchscreen meditationÂ Strange Rain, and the digital graphic novelÂ Upgrade Soul, which have garnered critical acclaim and over half a million downloads. Through Opertoon, Loyer has also originated a pair of creative toolsâ€”PanoplyÂ for digital comics, andÂ StepworksÂ for electronic literatureâ€”which have been utilized in classrooms and workshops across the United States and Europe, as well as in commercial releases. He is active in the digital humanities as Creative Director of the popular scholarly publishing toolÂ Scalar, and as the designer and developer of over a dozen interactive non-fiction works in collaboration with leading scholars, artists, and organizations including the Martin Luther King, Jr. Research and Education Institute. Loyer is also co-founder and Chief Experience Officer ofÂ TunesMap, a media startup that delivers cultural context around streaming music. A two-time Webby Awards Official Honoree, his work has been exhibited in the Americas and Europe, included in theÂ Electronic Literature Collection, Volume 2, and he has been commissioned by the Whitney Museum of American Art, the Museum of Contemporary Art, Los Angeles, and the San Francisco Museum of Modern Art.

The ELO Board of Directors is a hardworking group of volunteers.Â  For a full list of members see our People page.