The Electronic Literature Organization wishes to commemorate the life of Canadian e-lit artist and writer Randy Adams (aka runran) who passed away on April 25, 2014. To best honor his life and work, we have asked two of his closest collaborators and friends, Chris Joseph and Christine Wilks to write brief statements about him. We conclude with an autobiographical statement from Randy Adams recently published in his Facebook account. See also, Sue Thomasâ€™ statement.

I first met Randy in 2004 at the trAce Incubation Conference, and was immediately struck by his warmth and sincerity, and this impression did not diminish over the ten years that I knew him. As with many in the field of electronic art and literature he was an autodidact, and perhaps this contributed to his constant interest in experimenting with new ways of working and collaborating with others in the field.

END_OF_DOCUMENT_TOKEN_TO_BE_REPLACED 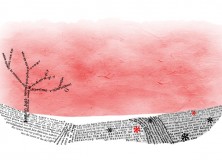 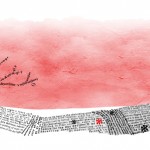 by Alison Clifford. The Sweet Old Etcetera is an interactive web project based on the poetry of E. E. Cummings. E. E. Cummings’ poetry is highly visual, playful and experimental. “The Sweet Old Etcetera” interprets selected poems for a new media context and introduces additional layers of meaning through the use of motion, graphics, sound and programming. The project hopes to offer a fresh response to the print poetry, aiming to release it from the confines of the physical page and bring it into a digital environment in a playful way.

LOCATION: The Beall Center for Art and Technology, UC Irvine

Many blogs have become books – from The Baghdad Blog to Belle de Jour. But Grand Text Auto is the first blog ever to become a gallery exhibition. It opens October 4th and runs through December 15th at UC Irvine’s Beall Center for Art and Technology. The exhibition features the work of Grand Text Auto members Noah Wardrip-Fruin, Mary Flanagan, Michael Mateas, Andrew Stern, Nick Montfort, Scott Rettberg, and their collaborators.

Grand Text Auto is a blog about the potential of digital media, from literary websites to experimental computer games. At the exhibition, the blog members will put these ideas into practice, showing a variety of cutting edge works. Some use the latest in artificial intelligence technology, such as Mateas and Stern’s interactive drama Facadeâ€ of which The New York Times says, “This is the future of video games.” The Beall exhibition will feature the first public showing of a life-sized “augmented reality” version of Facade, created in collaboration with Georgia Tech’s GVU Center. Virtual reality is also on display, as with Wardrip-Fruin’s collaborative work Screen, a literary game played with 3D textâ€ never seen before outside of a research lab and presented with support from UC San Diego’s Center for Research in Computing and the Arts. On the other hand, some works in the exhibition use decidedly do-it-yourself techniques, such as Montfort and Rettberg’s Implementation, an experimental novel distributed around the world on mailing labels. Others are quirky, such as Flanagan’s [giantJoystick], a replica Atari 2600 joystick so large that two people must work together to play (this has its North American debut at the Beall show).

In addition to the gallery show, the members of Grand Text Auto are working together with the Beall Center to present a live symposium and performance evening, both on October 5th. The afternoon symposium (1-5 p.m.) will discuss the power of collaborative blogging, new directions for computer games, and the place of language in digital media. The evening performance (6-8 p.m.) will feature the disturbing and humorous interactive cinema experience Terminal Time (which automatically creates outrageously biased documentaries of the past millennium) and a live performance of the award-winning hypertext novel The Unknown (which tells the tale of a rollicking cross-country book tour). Parking for these events is available in the Student Parking structure at the corner of Campus Drive and West Peltason.

Online, Grand Text Auto (http://grandtextauto.org) is a blog with more than 200,000 visitors a month, collectively authored by six artists and scholars. Offline, Grand Text Auto members have been shown in major art museums, been written about in leading national periodicals, and shipped games that have met wide acclaim and sold millions of copies. The Grand Text Auto exhibition is the first time that these artists will show their work together. Delve into Grand Text Auto’s digital depths October 4 – December 15, 2007 (closed November 22-26) and witness the live debut of blog-meets-reality.

This Fall, Purple Blurb, a new reading series for digital writing, is beginning in Cambridge at the Massachusetts Institute of Technology. The series is sponsored by the MIT programs in Writing and Humanistic Studies and Comparative Media Studies along with local arts organization Turbulence and the Electronic Literature Organization. The series features readings and presentations by digital writers of all sorts – poets, fiction writers, writers of nonfiction and criticism, and others engaged in language, narrative, and letters on the computer. The readings will start at 6pm at MIT in 14NÃ¢â‚¬â€œ233 (second floor of building 14, in the wing that is across the courtyard from the Hayden Library). A flyer for the series lists the four events for this Fall, which are presentations by:

Contact Nick Montfort (username nickm, domain nickm.com) if you have any questions about the series.

The Electronic Literature Collection, volume one is the topic of Katie Haegele’s column in the Philadelphia Inquirer this week. She writes:

But wouldn’t it be nice to get our arms around this thing, to get a sense of the full breadth and scope of what’s called digital literature?

The 60 works in the first volume of the Electronic Literature Collection (ELC) (http://collection.eliterature.org) – edited by N. Katherine Hayles, Nick Montfort, Scott Rettberg and Stephanie Strickland – show the wide range of forms that exist within the genre.

The column describes the keyword index and discusses four of the pieces included in volume one of the Collection in detail.

Investigating the relationships between the hardware and software design of computing systems and the creative works produced on those systems. The series will include books relevant to electronic literature, digital art, video games, and other sorts of creative computing.

The first book in the series is forthcoming in 2008:

For more about computing platforms and their relationship to new media, the new approaches which this series hopes to foster, examples of platforms, and answers to questions about the series concept, see the site:

Brown University’s Literary Arts department offers what may be the only MFA in writing for digital media. Brown also offers a generous fellowship specifically in this area, which provides two years of support to do your own work, participate in three writing workshops, and take four other Brown courses of your choice. Deadline this year: December 15th postmark.

Jena Osman’s “The Periodic Table As Assembled by Dr. Zhivago, Oculist” was mentioned recently on the ELO site as a work in need of renovation; Osman was seeking a programmer to help restore the work. It is now back online and accessible to the public, thanks to David Ayre.